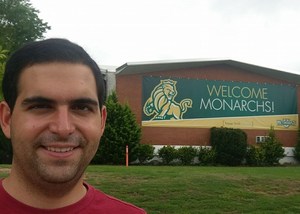 St. Patrick's Day is a tradition that began in Ireland in the 17th century. This great celebration is on March 17 of each year, and everything turns green, such as rivers, beers or the customs of the people.

The symbols of St. Patrick's Day are the green color, as mentioned above, and the wild three-leaf clover. The clover is used to refer to Saint Patrick who used it to explain the Holy Trinity during his evangelizing missions.

The feast of Saint Patrick commemorates the arrival of Christianity in Ireland, where Saint Patrick was an evangelizing missionary. The context of this celebration is the cultural pride and heritage of the Irish.

This festivity called my attention for its meaning, which refers to the fact that where we come from and what are our roots. Because even if you are not Irish is something that your should never forget. All this reminds me a celebration that we have in Mexico the Day of the Dead that is celebrated in the same way, remembering our culture and ancestors.

So, be proud of your nationality and never forget your origins. Since our ancestors did a lot for us, so we can enjoy our actuality. Give thanks for that, carrying your origins with pride and honor, like the Irish.